Social media is still in its infancy when it comes to understanding the extent to which it is affecting the mental health of its users.

While there have been many studies over the 15 years since Facebook, and then the proceeding big three – Twitter, Instagram and Snapchat – launched, there is still a lot to learn. This is partly due to the fact that the social media landscape is rapidly changing.

Soul Analyse carried out a survey in July 2019. The purpose of the poll was to uncover how social media was affecting the mental health of its users, particularly when it came to body image and self-confidence.

The rise of social media means that we are more connected than ever; platforms like Facebook and Instagram have become a normal way for people to showcase their lives. Whether it’s a baby being born, getting married, or just what someone had for lunch, billions of users are drawn to these networks to share their most precious and mundane moments.

While it may appear harmless, the content that is posted online each day runs much deeper in the minds and emotions of its users.

Soul Analyse’s study reveals that one in five (20%) UK adults feel anxious and depressed because of social media.

In our modern world, technology has provided new triggers of anxiety and depression for today’s social media user. Some of these might be: the exposure to gloomy news, cyber bullying and feeling inadequate when comparing lives with others online.

What began as social platforms to connect with others, have become more of competition where the fight for likes and popularity overrides the initial purpose, and users are suffering. Ultimately social media is not real life but the issues experienced as a result of it are very much real.

Age Matters, and So Does Time

The study demonstrates that the younger age groups are more at risk: 31% of 18-24 year-olds and 31% of 25-34 year-olds report feeling depressed and anxious as a result of social media.

It’s no surprise that age is a determining factor of whether someone is more likely to feel depressed and anxious when using social media. Younger people are naturally more impressionable and because of this, are more likely to judge their own lives based on the lives of others, and fall victim to online bullying.

Time is also a considerable factor. It seems the more time people spend on social networks, the higher the chance of them experiencing mental health issues.

While it may seem harmless browsing feeds and looking at other people’s bodies, we must question – how is this making social media users feel about their own bodies?

On Instagram alone 95 million pictures are posted every day. But which social media platform is the biggest culprit for making people feel conscious about the way they look?

50% of Snapchat users admitted they notice flaws more as a result of using the platform. 39% of Instagram users notice flaws more, compared to 33% of Twitter users and 28% of Facebook users.

Today, the most popular networks are less social, more media, which has drastically changed the nature of the content posted online. As more and more advertisers scout for leads from within these platforms, the race for engagement has never been more pressing, and the role of a social media influencer has become serious. Some of the most popular influencers can earn in excess of $250,000 for one post. But the question remains, this new world we live in – what impact is it having on the way the everyday social media user feels about themselves?

The survey looked at patterns between mental health issues and comparing lives to others online. Of those who admitted to comparing themselves to celebrities and influencers, 45% said they feel anxious and depressed. 72% said they notice their flaws more, and a huge 81% said they feel pressure to improve their appearance.

Prior to social media, the average person was not able to share their content alongside celebrities. It’s a new concept, and one that has raised the bar as far as standards are concerned. With the everyday social media user feeling pressure to keep up with the beauty standards of celebrities posting professional, and quite often retouched, images, it’s no wonder they are left feeling inadequate.

It is not only everyday social media users that experience body image issues. In her recent documentary Odd One Out, Little Mix’s Jesy Nelson shone a light on the dark side of social media. Speaking candidly about her experiences with cyberbullying, Nelson told how she developed serious body image and mental health issues after being subjected to continuous abuse by online trolls.

After receiving a barrage of insults, Nelson began to hate the way she looked and, following a suicide attempt, went through a transformational journey to change her appearance.

Unfortunately Nelson’s story is not unique. Whether down to cyberbullying or feeling pressure due to increasing beauty standards, body image issues are becoming the norm.

The younger generation have a lot more to deal with now that social media has become a normal part of their everyday lives. It is important that stories like Nelson’s are not only heard but create a ripple effect of change so we can protect vulnerable people.

The survey results provide a snapshot view of how harmful social media can be. We have to acknowledge the fact that these hugely popular platforms are potentially very damaging to people’s mental health.

The pictures posted online are not representative of reality and it can be difficult to distinguish between what’s real and what’s not. This is no doubt causing body image issues, especially among young people.

Instead of turning to filters to change the way they look in hope of fixing the perceived problem, which is just going to give them more unrealistic standards to live up to, the answer lies in helping social media users realise that they can change the way they feel about themselves through self-acceptance, rather than changing the way their body looks.

Social media is an ever-evolving space, it can be difficult to predict how things will change in the near future, but one thing is sure: image-altering tools are becoming more sophisticated and beauty standards are forever increasing.

The body positive movement has created a wave of awareness around being more real on social media. Activists like Megan Crabbe, who has amassed 1.2 million followers on her Instagram, has created a huge active community of people who support her powerful and emotive posts surrounding body image issues, and how to tackle them. Accounts like Crabbe’s remind people of what’s real, and what’s not, and help social media to become a positive place where users can visit for a boost in confidence, rather than leaving feeling inadequate.

Being mindful of time spent online and aiming to connect more with people in person would also certainly help. It’s important to be reminded that social media is not real; it’s an online platform where people can make up personas and post pictures that look nothing like they would in person. True meaningful connections are better off made in the real world, in person, where there is no competition for likes, no filters and no risk of trolling.

What Is the Hamsa and Why Is It Worn on Jewellery? 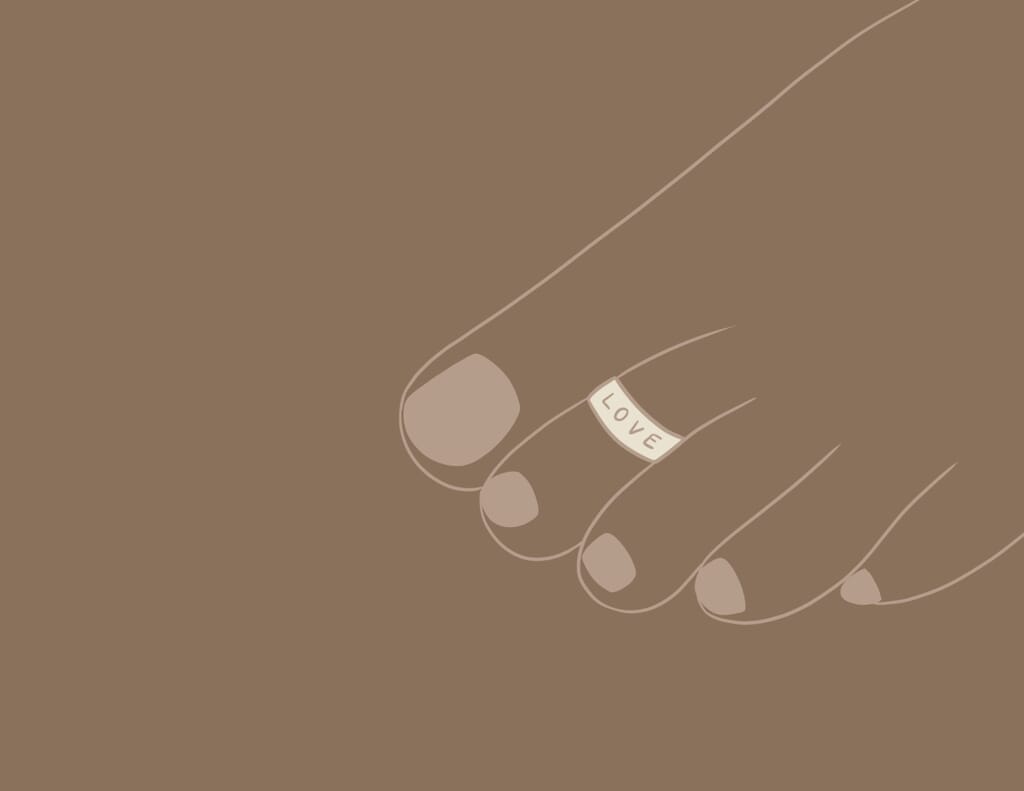 Everything You Need to Know About Toe Rings 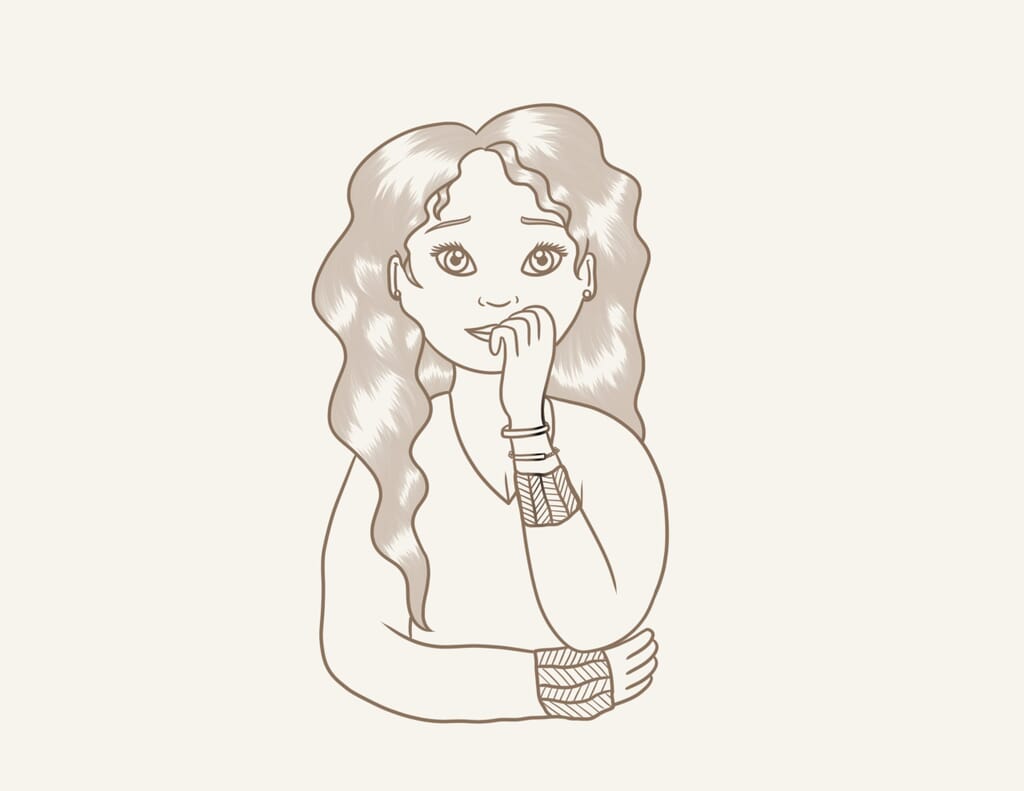 What Are Anxiety Rings and How Do They Help?